Telescope, In My Tight Socks A Sky And Transparent Moons In Constant Eclipse

This work is inspired by Russian filmmaker Andrei Tarkovsky’s “Mirror”. It started with texts I had written based on memories of my childhood, my mother, dreams and the various Lebanese wars. The performance begins with a picture of me that my mother took in 1986, performing a dance (my very first) at school on the occasion of Lebanese Independence Day, during the days of the Civil War; this in essence represents a false attempt to frame the work in time and space. The projected photographs that follow are ones I took in the devastated southern suburbs of Beirut, after Israel’s attack in the summer of 2006. While taking these photographs, I was led to wonder what is considered “private”, and how the private quickly becomes public in times of war, and how intimacy is exposed. This held more interest to me than the colossal spectacle of destruction; a horrifying sight when physically experienced and witnessed, but which, as one could argue, loses its meaning when photographed repeatedly on daily live news. My movement score was inspired by postures of people and particularly children being excavated from under the ruins of their homes, ‘frozen’ in various positions due to shock and the illegal use of chemicals in the bombings of the 2006 war.
Through a juxtaposition of projected images, spoken text and movement the performance is layered, in a way that the text would carry one line of narrative and the body another, or more precisely, a wider emotional subtext. In this piece I revisit moments of my childhood, a certain ‘Lost Paradise’ of children’s games, strange dreams and motherly love, attempting to understand how the July 2006 war was different from the one during which I was born in 1981. Especially with my sense - and that of many others living in the center of Beirut at that time - of alienation from this war; being inside and outside of it at once, witnessing it on TV like the rest of the world, but feeling nonetheless threatened by its proximity in light and sound and its utter insanity. 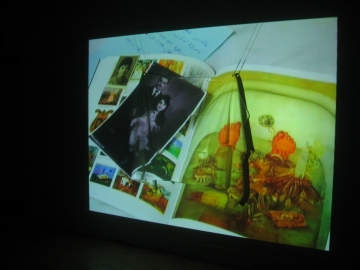 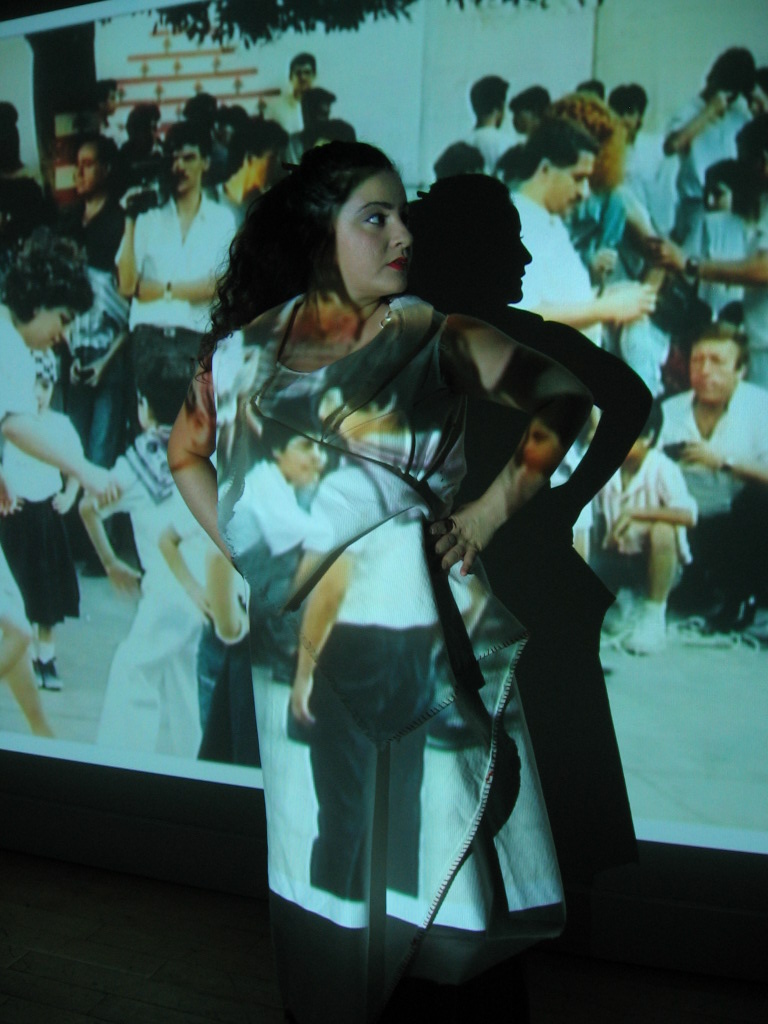 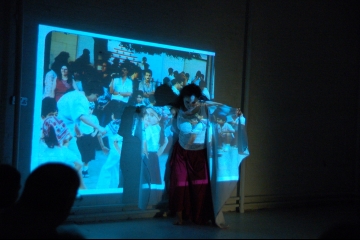 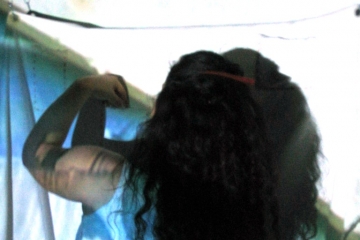 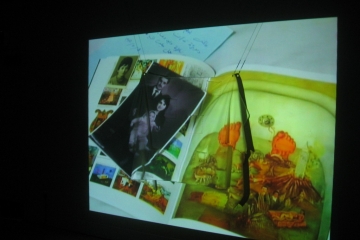