The Music Box is a solo performance about homes, usually performed in people’s homes. Through a series of collected and imagined stories narrating incidents, habits, practices, truths and possible truths about women, and what ties them to their homes, the performance travels in the house form the basement to the attic, throughout the various facets of the house and its dual nature of shelter/prison, in an attempt to touch upon a common dimension of intimacy, by disentangling the “poetics” of the home...The home as a wide and narrow vessel, as a complicated universe, as a labyrinth, as a hole... the home as a box.

Presentation dates and locations:
The music Box was first performed in Arabic, in September 2008, with 13 performances in 5 different houses in Beirut.
It was shown in May 2010 in Hakaya Festival, Jordan.
With an invitation by Tamam Association, it was presented in French at the Avignon festival ‘Off’, in several locations in July 2011.
It was performed in Abeydieh Village, Mount Lebanon, in August 2011.
It was performed in English at the New York Public Lybrary as part of the Rolex Arts Weekend, New York, November 2011.
It was invited to Carthage Theater Days in January 2012.
In July 2012 it was presented at the Fundamental Monodrama Festival in Luxemburg and at Au Quai art space in Brussels.
The text of the performance was published in Beirut in 2010 by Al Bissan publishing house and a translated excerpt of it was read on Radio Grenouille in Marseille by La Réplique theater collective. 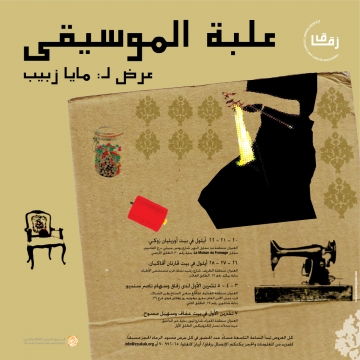 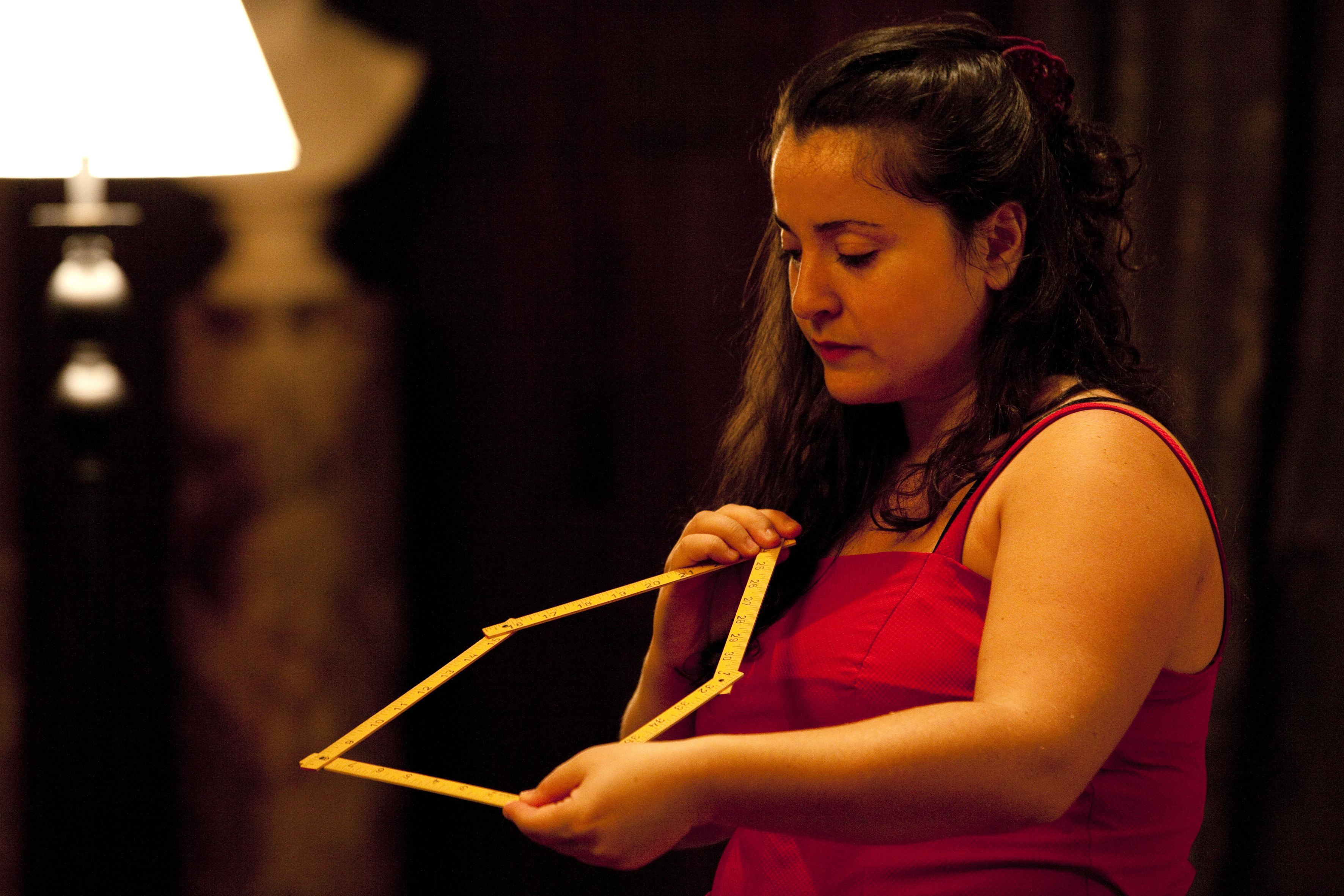 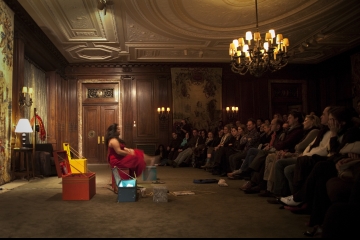 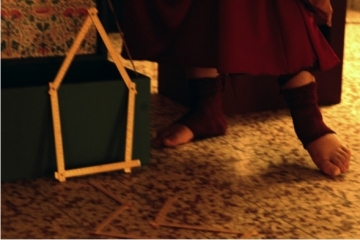