L, Or A Chronicle Of Swooning

This solo piece is part of a series of performances inspired by L’Amour by Marguerite Duras and other related writings that have marked a new era in her oeuvre, particularly Le Ravissement de Lol V. Stein. These are texts belonging to a cycle of work she produced in a late stage of her life, labeled text-play-film, due to the hybrid and interchangeable nature of these texts/films.

In my ongoing research on this fraction of Duras’ work, I was led to investigate language as the basis for creating both the content and the context of the performance; for apart from the text as speech, Duras’ words encompass such vivid imagery that served as concrete indices for the visual, textual and physical core of my work.

These pieces present a woman in the process of disappearance or erasure, ‘effacement’. And disappearance here is not a mere physical state but rather the disappearance of language, and the disappearance of the self into the other through a process of pursuit. Lola’s obsessive voyeurism and her endless pursuit of her lover, as she shadows his itinerary, contribute to his erasure as well, through the “erasure of his traces”. This concept is very present in these works by Duras, where even characters start to slowly loose letters from their names from one page to the other and from one book to the next (Lola Valerie Stein becomes Lola V. Stein, then Lol V. Stein… Lola… Lol…). This graphic parallelism between language and narrative and ‘erasure’ as a concept and a transformative state were the main drives for re-visiting this work for performance.

Is Lola ravished by love or is she ravishing her lover of his traces… of his presence?

Presentation dates and locations:
Presented at the Hackney Empire Studio, London as part of Seedbed 02 in December 2009, and in Nicosia and Limassol, Cyprus as part of Windows Upon Ocean Festival in May 2009. 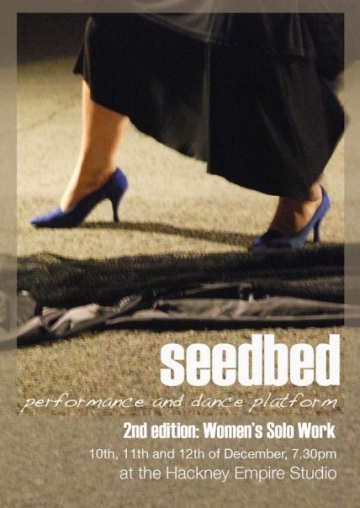 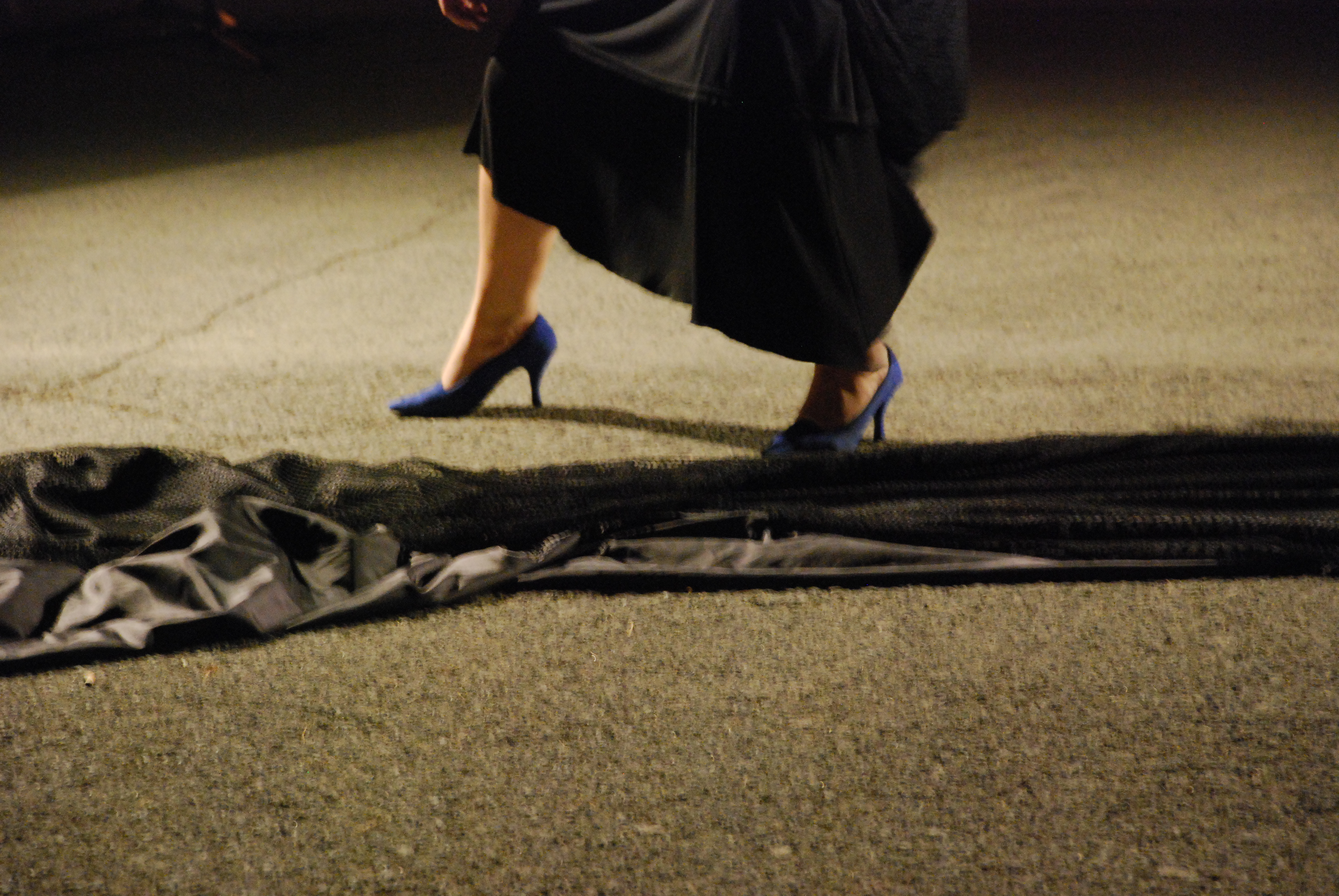 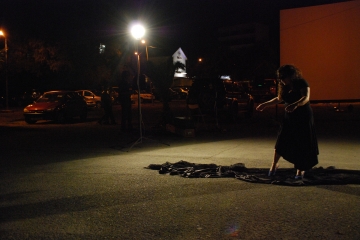 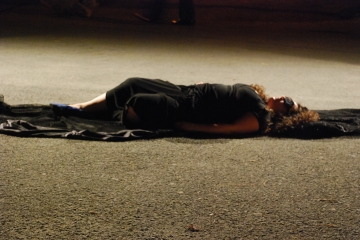 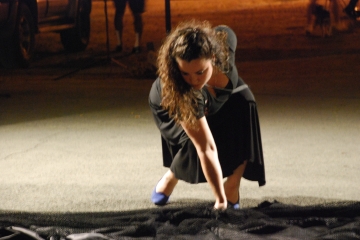