Zoukak announces the two new beneficiaries of the "Theatre Mentorship Program and Production Support Grant": Hassan al Malla and Anas Younes. The two artists were part of the workshop “Theatre, Memory and History” which was held at Zoukak Studio in March, in collaboration with Dawlaty Association.

Through this program, the artists will develop their work during a 6-month program in which Zoukak mentors will lead them from the conception to execution of their desired projects. Zoukak will also provide the selected artists with technical, administrative, financial and production support. The final performances or work-in-progress presentations will be shown at Zoukak Studio in November 2018.


Anas Younes
Anas is an activist in civil society and works in social theatre and non-violent theatrical practices. He is a theatre student and a member of Wasl Theatre Group, a founding member of Shababik Social Theater Group, and has been working with various forms of theatre of the oppressed since 2014.

Project: The Houha Dance
A Forum Theatre performance analyzing the history of Syria from 1960 until 2011 through drawing a parallel with the history of the native Americans. The performance is interactive and aims to collect stories from the audience on the subject of Syrian history.


Hassan al Malla
Hassan is a Theatre Graduate from the Lebanese University, he  performed with various amateur theatre groups in Syria. He's been working as a Light and Sound designer since three years.

Project: Rust
This performance is a journey that begins with one particular childhood memory and dives into an endless pit. A man and a woman take this journey into their personal memories and their collective memory related to the history of Syria from 1962 up until the moment of the performance. “Rust” raises questions about identity, policies of murder, and the fear around exploring our collective and personal memories. 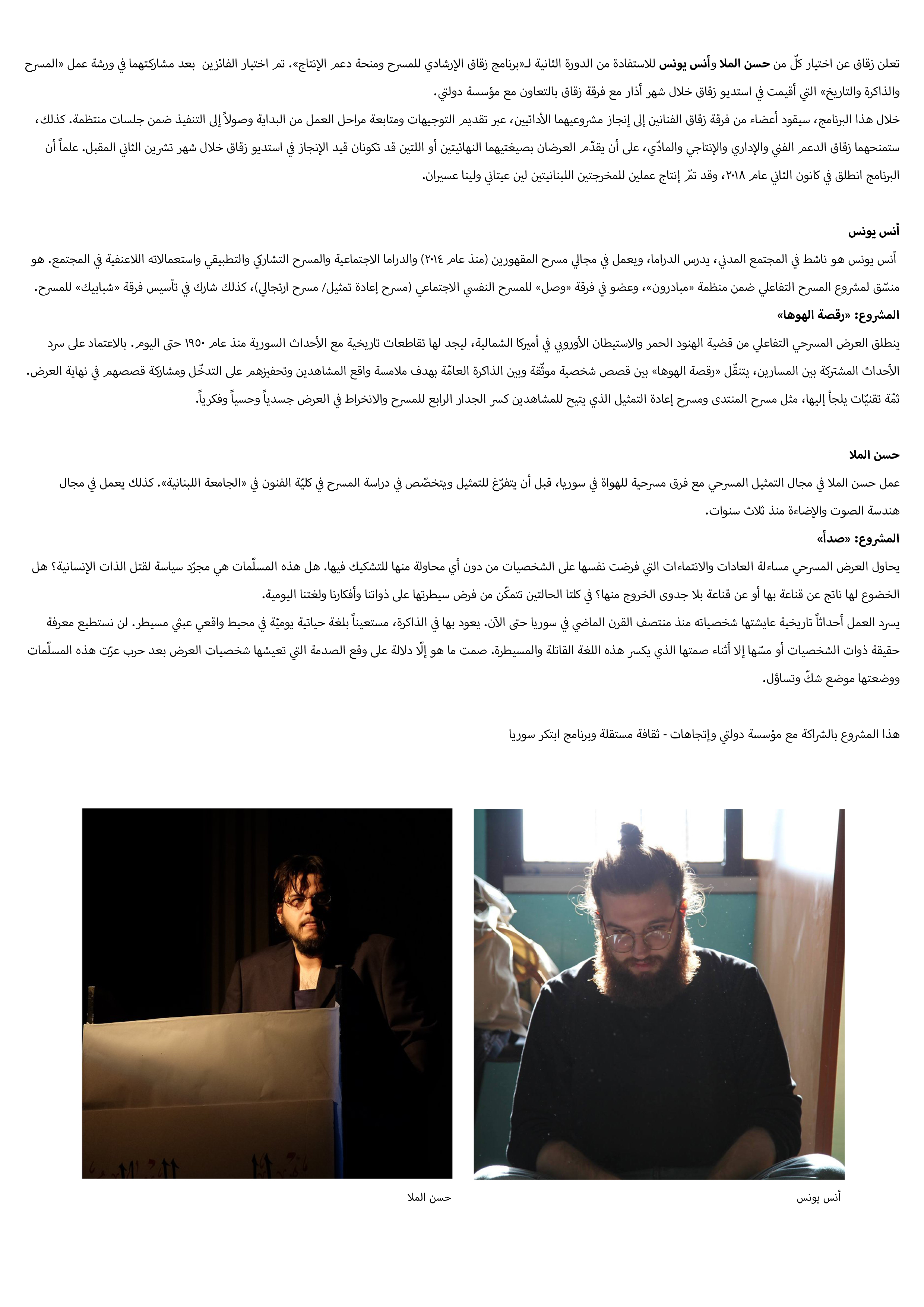