Zoukak’s Maya Zbib participates in a ten-day performance during which eight artists located in eight different countries will produce theatre and art together in a virtual space.

The Sun Sets Eight Times a Day is an interactive performance, during which the audience is invited to visit the virtual space, discover the ongoing installation and improvisations, and interact with the artists. Based on these interactions with the audience, the artists will create together over the course of 10 days, a number of digital improvised performances that will be available and evolving until the 31st of July.

More about the performance:
Eight artists come together without travelling, despite the virus and especially despite climate change. They use all digital media and improvise live, developing new forms of performance in a specially created heterotopia. Over the course of ten days, they will engage in a model artistic discourse on the basic idea of what a future-oriented, global social contract could look like, which can only succeed through fair communication at eye level between the world regions. In a joint web- or app-based virtual 3D theatre space, in which national borders play no role, a future-oriented, political, global dialogue is acted out as the artists imagine it. In this sense, the process is also the content. The audience can participate worldwide with their own contributions and interactions. In this way, despite the pandemic and the climate crisis, a democratic space is created that allows an international exchange that is accessible to everyone.

Developed as part of "dive in. Programme for Digital Interactions" of the Kulturstiftung des Bundes (German Federal Cultural Foundation) with funding by the Federal Government Commissioner for Culture and the Media (BKM) through the NEUSTART KULTUR programme.

More about the artists, their installations in the virtual space and the role of the audience:

The artists, who have known each other in various constellations for several years, come together here to develop a cooperative format that can be expanded further and further despite the virus and especially despite climate change. The artists create simultaneous existence and work in a virtual space in which national borders play no role and hybrid identities can act more freely - as is desirable for a productive global future on earth. In this sense, 'the process is the message'.

After registering in the web-based app, one gains access to an Online ‘other’ world, a heterotopia as Foucault described it, a place where earthly rules are suspended and where the core of life consists in creating together. Contact with the audience is maintained via various messenger services.

In this virtual landscape it is possible to immerse oneself in the content by means of simple navigation and clicking, to participate or simply to observe further developments.

In the virtual space there are various places such as a lake, a laboratory, a field, a crevice in the earth, etc. where the visitors find video, audio and/or text material embedded there. These places continue to grow during the performance. The participating artists provide that the development process of the created artistic material remains transparent: For the visitors it is always clear who has contributed what from where.

This particular heterotopia grows at the rate as all artists contribute over the 10 days of opening the space as a stage for worldwide visitors and for contributions.

The installations within the virtual space:

The contribution of theatre maker and co-founder of Zoukak, Maya Zbib, focuses on abstraction through specific works by the late Lebanese painter Huguette Caland. She will be delving into three main themes inspired by Caland’s work and developed over three chapters: the first chapter 'Body', deals with the idea of freedom and rebellion through the body; The second chapter, 'Letters', focuses on anxiety and the idea of creating meaning through abstract and minimalist forms; The third chapter ‘Garden’ deals with the feeling of joy and elation through creative production.

Visitors may answer questions and thus contribute to the respective chapters, while the other artists follow Zbib’s impulses to create new artistic material based on these themes and initial artworks.

Actor / theatre-maker Lucy Ellinson starts her activity in the heterotopic garden with bare soil, a “common land”, a piece of earth ready to be planted and full of radical potential.

Inspired by resistance movements including ’The Diggers' (collectives across 16th century England, who occupied and farmed on common land in an act of defiance against the oppressive land-owning class) - and ‘Reclaim the Streets’, part of the emerging anti-globalisation protest movement of the 1990’s/early 2000s; Lucy will invite audience members to actively consider ways in which they know another world is possible.

Upon this common land, audiences will be invited to (anony- mously) contribute their ideas and create their own message for the world; digging deep to plant those expressions firmly into the earth. The audience are encouraged to return throughout our 10 days of live digital performance, to witness these messages taking root and growing; with Ellinson (and all the artists across various time zones) creating daily artistic responses to each individual audience submission.

The theatre-maker and performer Azade Shahmiri runs a virtual laboratory located in a dried-up qanat. There she deals with natural and non-natural things and objects. The lab has five core areas: the Pure, Mixtures, Transformation, Resistance, and Recycling. The other artists experiment with their own surrounding objects, raw materials, and things and contributing to each batch. In this way, Shahmiri addresses the perception of non-human existence, the obsession with production, and the exploitation of the materials.

Performance artist and theatre maker Abdalla Daif creates a cosy picnic area in the garden to address the phenomenon of alienation within societies. The audience will find images, click on them and access their front and back side: family pictures, memories and personal notes from various ancestors, including astonishing information. Each photo stands for a chapter, each of which begins with a name. Each of his fellow artist is engaged deeply in one chapter of this exploration, such as ‘mobility’, ‘spirituality’, ‘climate change’، etc.

The Lake of Crisis - by Youness Atbane (Morocco)

The visual artist and choreographer Youness Atbane creates a lake of crisis in the virtual garden. The spectators have the opportunity to jump in and dive to the bottom. When they look up from there, they see many bodies, slowly sinking. The audience may approach the bodies and click on them: a dialogue begins, and the rescue of an artist in crisis is possible when audiences members give tasks to them. The chats and the completed tasks remain visible for later visitors.

With director Lydia Ziemke - part of the collective artistic direction of tak Theatre as well as director and head of the company Suite42 - the audience come to the edge of a crevice in the earth, where layers of sediment are exposed. We focus on one layer, that of 1989, in all places of the participating artists. The Fall of the Berlin Wall was televised worldwide, but much more was happening in other world regions. On this basis, in various contributions the artists treat e.g. the upheavals of 1989, the concept of freedom, future changes in 2089.

In addition, the audience is invited to add material about their experiences of 1989. Ziemke's aim here is to unhinge the view that ones own present is of central importance and unchangeable.

Amitesh Grover, interdisciplinary artist from India, will create text-based compositions which will be displayed in the garden every day. He will offer live poetry to the visitors and encourage them to follow the various lyrical instructions, and contemplate its meaning as they spend time in the garden. Grover will write continuously and will refresh the text-pieces multiple times during the show to transform the garden into a site of political incantation, responding to the turbulence of the world with tenderness and urgency.

The theatre artist Zarif Bakirova will comment on the topics of all the other artists: she will raise her own voice, observe her own consumer behaviour, her own individual independence, art in crisis as well as objects, things and products and what 1989 was like for her and her country. She will send her reports to the virtual garden whenever either the north wind or the south wind is blowing in Azerbaijan - this happens regularly about every 5 days in July. 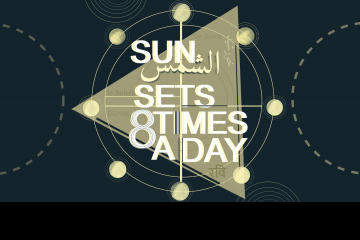