In February 2022, Zoukak launched the 5th edition of its Mentorship Program.

We are happy to announce the artists selected to benefit from the program this year: Melissa Ghazale, Hasan Laham, Christel Salem and Nicolas Fattouh. Within this program, the artists will be supported throughout the development of their projects over the course of 10 months, each accompanied by a Zoukak mentor. Zoukak will also provide the selected artists with technical, administrative, financial and production support, through group sessions and individual follow up with Zoukak’s team. Additionally, each artist will receive a small grant to support the production.

The final performances or work-in-progress presentations will take place in November and December 2022.

Read more about the selected artists and their projects:

Melissa (b. 1992, Lebanon) is a visual artist based in Beirut. Her practice stretches from video art, installations to curatorial work. In her work, she employs intimacy as a medium and foundation for personal and collaborative archiving, rooted in the intersection between memory and technology. Melissa obtained her M.A. in Visual Arts at ALBA in 2017, and a post-grad certificate in Arts Management at ESA in 2019. She took part in several exhibitions, notably Yours Truly at AIRgentum Art Space (Spain, 2019), One Shows Oneself, One Shows Up at K18 (Slovenia, 2018), Vertical Collisions at Beirut Station (Lebanon, 2015) among others.

A contemporary tragedy of a breakup in the midst of the end times.
This project studies the nature of the voice, considering it as the plane that confronts the speaking Subject to the Other, and the body to language. Melissa is interested in studying the voice in performance, more specifically speech-based performances. She’d like to engage with the voice in its many forms: the voice as speech, the voice on the outside and on the inside, the voice as a cet, and soundless voices.

Hasan has been trying to be an artist ever since he can remember. He started practicing theatre 8 years ago in an academic setting. He used to be a musician before, in his own words, "sloth got the better of him". Although the experiences and trials he has been through may have been too much for some and not so much for others; he doesn’t think anything brings us closer to what the truth is, especially when it comes to the arts, much like the will to adapt.

Hasan’s experiment aims at exploring the tangible association between space and time through various relationships. Are people affected by one another regardless of their present and what they do? Or is it just a big random wave with some chosen moments that carry humans and things to an unknown destination?

Christel is a contemporary dancer and performer. She pursued numerous workshops in Germany and Lebanon with a focus on dance improvisation techniques. She has participated in two editions of “Takween”, a dance intensive program organized by Maqamat in Lebanon, and to the dance intensive program organized by Tanzfabric in Berlin. She performed for many artists. She has also been creating her own projects, a piece titled “Encounters” that she performed in a public space in Beirut and is currently developing as a video installation. Also, a short film “A dream within a dream” was presented at the “Open End Festival” in Berlin. She is currently working on her new project “Kayan”, selected to benefit from Zoukak’s Theatre mentorship program, collaborating with the music composer Maurice Louca and the musician Makram Aboul Hosn.

Beirut, my home, there was a view to the port from my balcony, it is no longer there. August 4 2020, death swiped away my dreams of you. Kayan“كيَان“ is a piece that tells the story of the powerless and fragile body. It is a prayer for those who left this world, and those who remained but lost their soul.

Nicolas is a visual artist and animation director based in Monsef, Lebanon. Inspired by his artistic family, he started drawing at the age of four and later participated in many exhibitions and auctions around the world, including the Bonhams auction in London, UK 2016. In 2018, his debut film “How my grandmother became a chair” won The Film Prize of the Robert Bosch Stiftung as a German/Lebanese co-production. Today the award-winning short-film is selected in more than 90 international film festivals.

Project: Living with a Piece of Furniture

How do we process the loss of a loved one? Can the objects left behind help us live with their memory? “Living with a Piece of Furniture” is an immersive performance about a family experiencing different stages of grief, by injecting new life into a static piece of furniture through smell, sound, sight, taste and touch. 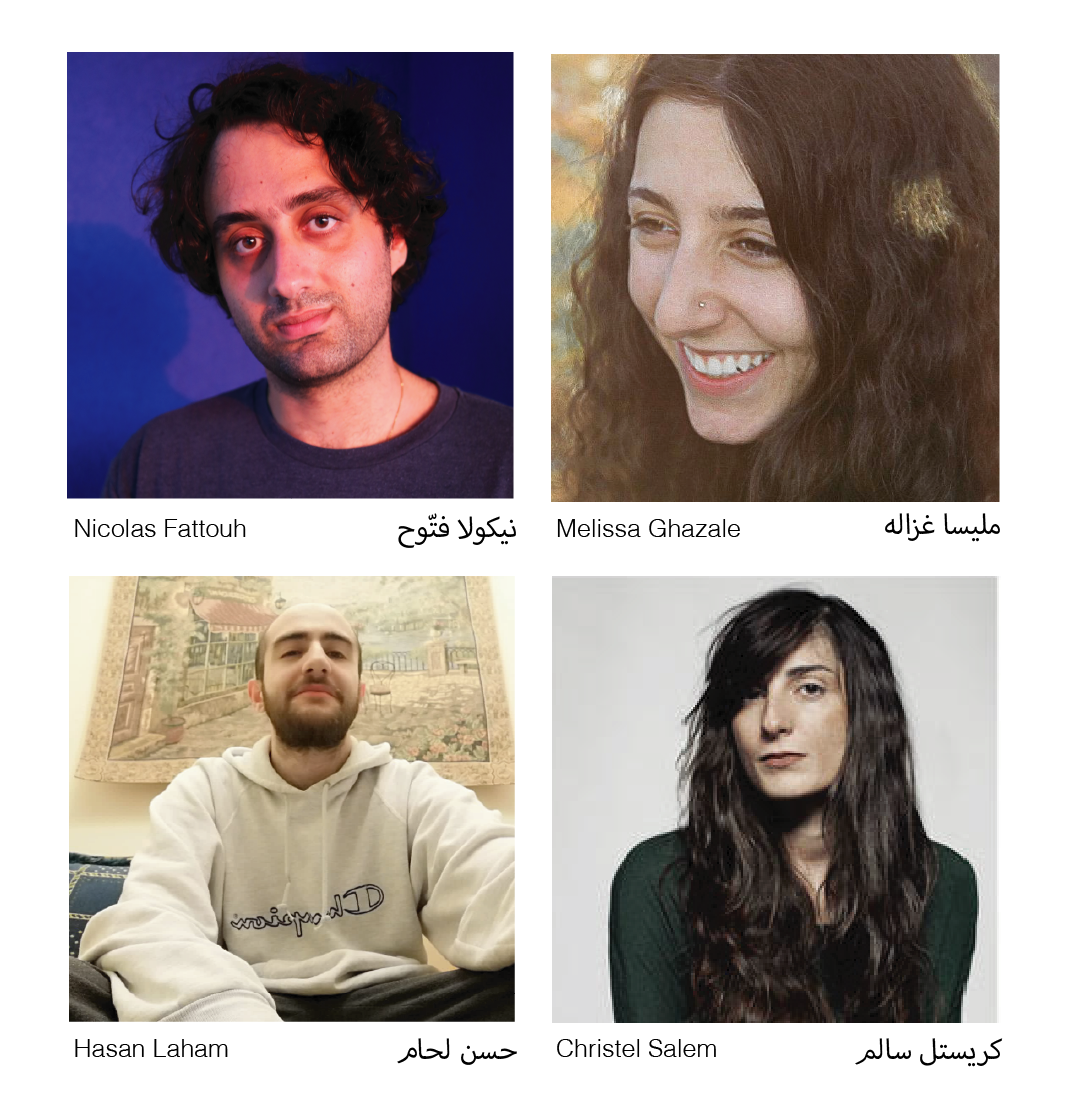