In June 2021, Zoukak launched the 4th edition of its Mentorship Program: Narratives for an alternative present.

We are happy to announce the artists selected to benefit from the program this year: Jana Bou Matar, Chada Halwani, Alia Hamdan, Joseph Rouhana, Karim Chebli and Kathy Younes.

Within this program, the artists will be supported throughout the development of their projects over the course of 6 months, each accompanied by a Zoukak mentor. Zoukak will also provide the selected artists with technical, administrative, financial and production support, through group sessions and individual follow up with Zoukak’s team. Additionally, each artist will receive a small grant to support the production.

The final performances or work-in-progress presentations will take place in November and December 2021.

Read more about the selected artists and projects:

Jana graduates this year with a Bachelor's degree in theater from the Lebanese University. She recently wrote and directed her first short performance “Fish out of the Water”, tackling the physicality of anxiety in modern culture, presented at the Lebanese university.

Jana is a member of the playback theatre troupe Laban – Wasl since 2020. Passionate about exploring innovative approaches to performing, directing, and writing for theater, Jana’s work is deeply related to her social and political context.

A theater performance that explores the concepts of intimacy and movement amidst a prevailing economic crisis. ‘Love in Crisis’ challenges the dualism of the illusive and genuine construct of meaning in personal narratives in the face of struggle.

Karim is a multi-career professional with more than 10 years of experience in academia, artistry, and business. Oriented towards growing as a teaching artist, the business graduate shifted his career into humanitarian work and education. In 2020 he graduated simultaneously with a bachelor's in theater from the Lebanese University and a master’s in Education Administration and Policy Studies from the American University of Beirut.

Kathy is an actress, stylist, educator, and acting coach. She completed her undergraduate studies in theatre and her graduate studies in actor training at the Lebanese University. Her artistic involvements range between the screen and the stage.

In 2018, Ionesco’s “Hunger and Thirst” accidentally brought Karim and Kathy together. They planned to stage the play and had chosen it at a time where buried anxieties were resurfacing within many people, because of the political, economic, and social context, along with the two-sided dilemma: accepting the present or fleeing the crumbling reality to somewhere else that might or might not feed our desires for a better living. After translating and rehearsing the text, the outbreak of the Covid-19 pandemic disrupted Kathy and Karim’s initial plan. With all that has happened in the past years, the two artists decided to reinitiate their project and to integrate into their adaptation the rehearsal process, their personal fears, and their struggles as young artists residing in Lebanon.

Project: Flee
“Flee” is a theatrical performance of a play within a play, which sheds the light on two aspiring actors rehearsing and co-directing Ionesco’s “Hunger and Thirst”. While rehearsing, the two find themselves unconsciously inheriting their characters’ anxieties which transfuse into their own thoughts making them realize their irreconcilable differences and disrupting their project.

Chada is a dancer and visual artist born in Beirut and based between Beirut and Berlin. She has been teaching dance classes at Mobile Dance in Berlin since 2016 while working as an artist in several collaborative constellations, most recently with Elena Dragonetti and Samah Karaki. In her artistic research, Chada questions how the sensitive body can prolong and generate objects of memories that resonate with the past.

The project plays with three elements: cement, gesture, and memory. By working with cement as a choreographic substance, Chada finds ways to re-imagine the past or to consider it, as Bergson said, a piece of metal that can also be a melodic continuation.

Born in Beirut, Alia Hamdan holds a master’s degree in philosophy and in urban research. In parallel to her studies, she enrolled in dance schools, taking part in the Exerce program at the Choreographic Center of Montpellier. Moving back to Lebanon in 2005, she worked in the field of urban research for several years, while maintaining a punctual performing practice. In 2014, she enrolled in a doctoral program at the department of philosophy of Paris 8 University, conducting research around an encounter between Deleuzian esthetics and the political aesthetics of choreography. Alia teaches several courses of art history and art theory, at the Lebanese Academy of Fine Arts (ALBA), Saint Joseph University (USJ), and the Lebanese American University (LAU).

Alia met Ahmad and Wahid at the Ring bridge on the 1st of November 2019, at a night protest during which both men were dancing. That night, Alia conversed with the dancers around desires of training, rehearsing, and potentially collaborating on a performance.

Since the historical timeline of the 17th of October was brutally interrupted by the August 4th explosion, Alia is presently interested in investigating what extension can be given to such an encounter and in dwelling on the performative aspects of the 17th of October uprisings. Faced with a feeling of impossibilities, in the midst of a collapse and against invading political darkness repressing and desiccating life, the project is an attempt to excavate, through film, potentialities that were present in the bodies at that time and also in the present.

Born in 1997, Rouhana is a Lebanese researcher and art practitioner with an audiovisual and cinema background. He holds a Bachelor's degree in Audio Visual Arts and a Master's degree in Film Directing from the Lebanese University. Joseph’s work and research focus on the infrastructure of internet culture. He critically explores the ways in which the digital world imposes itself on the physical one and its effects on what we call the “Truth”. His work, often introspective, centers on the realm of the virtual with themes of Identity, Consumption, Body, and Capital.

Eva is a woman that doesn't exist in real life. She’s projected in real-time and space, in a dark room, her body will distort and expand, at times eating up the whole environment. The audience is part of her performance, which is a manifesto of her life and her "existence." 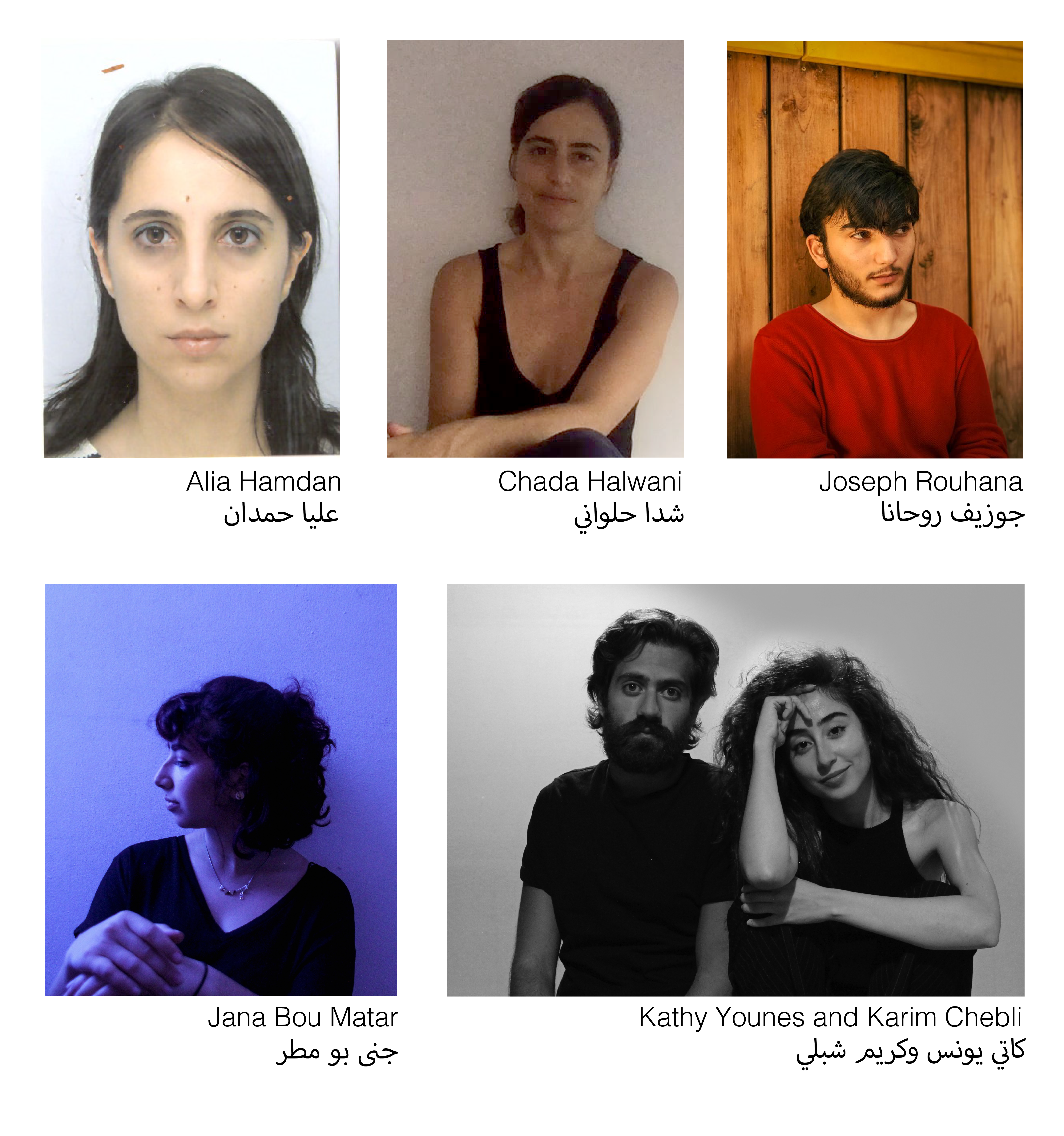