Does love still exist on planet earth? What does it look like? Where can it be found? Does it sting or is it soft? Does it fit in a small pocket or in a large suitcase? Does it smell like weary feet or like morning dew? Too many questions that intrigue Vol Terre, a naive nomad that doesn't care where he or you come from nor where you or him are going; what makes him travel is his quest of love. He knows what spices the motion of his journey and he will never cease to be amazed by the discoveries. Will he ever find a satisfying answer in the infinite forms of love?

A one on one intimate and interactive encounter that invites to a space of unfolded imagination, memories, shared experiences, a story to be told, a silence to be heard and a dance to be remembered.
Devised by Eric Deniaud & Marielise Aad, performed by Marielise Aad. 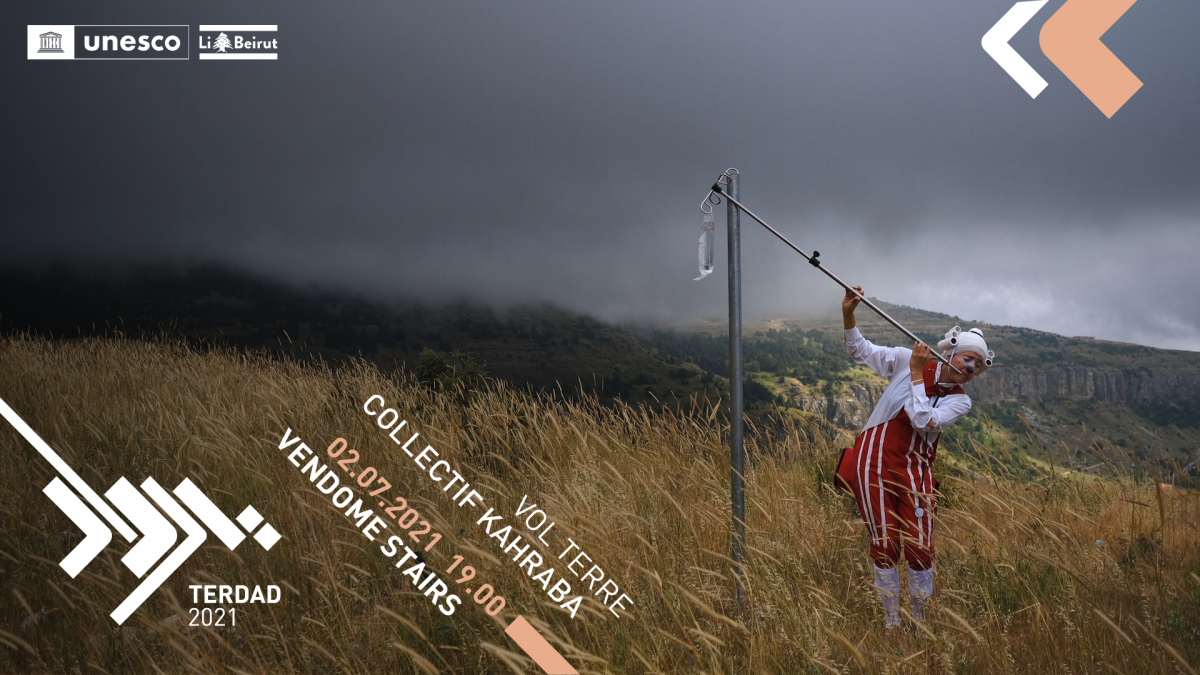