Rehla Ila.. is a performance and parade which depicts the surreal journey of a group of nomads, as they move from one transformative experience to the other. In this chapter of music, circus, dance rituals and puppetry, we question and connect to the spaces that stand between ruins. 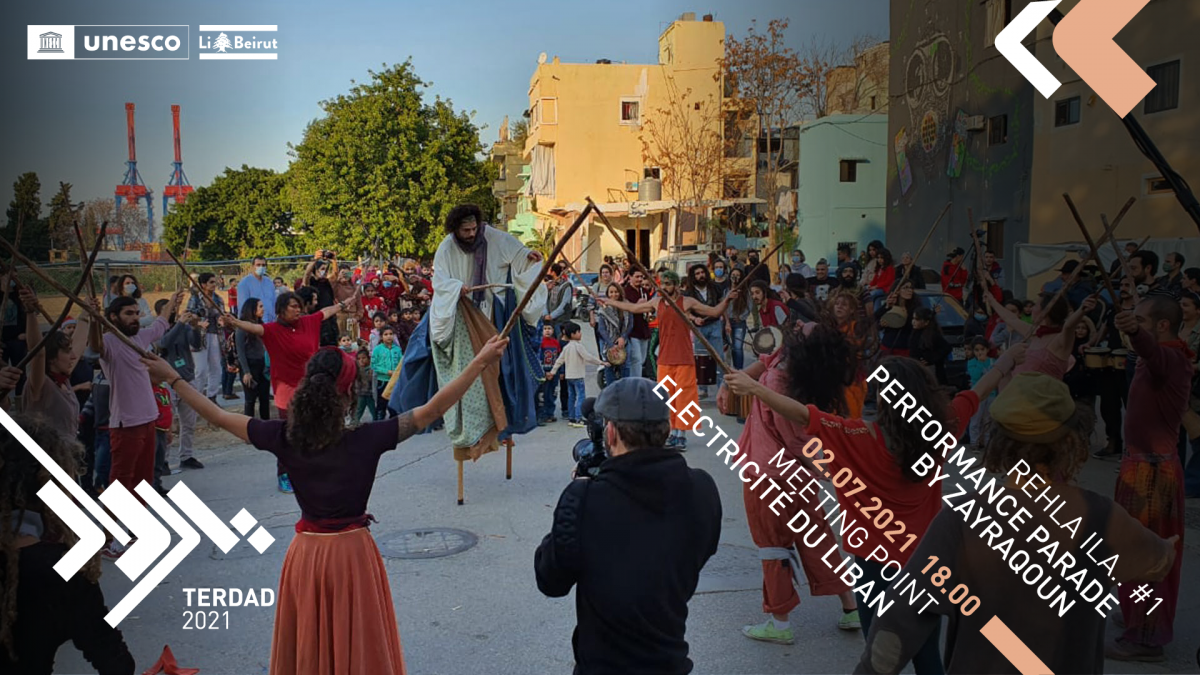