PUT ON YOUR RED SHOES

One month after a very successful first edition of "Put on your Red Shoes", we are bringing it back to Zoukak Studio, this time with Ziad Nawfal and Ziad Moukarzel on the decks. So put on your red shoes and be ready for non-stop dancing to a mix of Electro-Shaabi, Electro-Oriental and Techno Acid. Party starts at 9:30pm and the entrance is free!

ZIAD NAWFAL is a Beirut-based radio host, DJ, music promoter and producer, as well as the co-founder of ground-breaking independent label Ruptured. Nawfal has spent the better part of the last 20 years exposing Lebanon and the world to the special local and regional independent music talent, on his long-running radio shows ‘Ruptures’ and ‘Decalages’ on Radio-Lebanon 96.2FM. Since 2010, he is also the managing director of Irtijal, the first and foremost festival for experimental music in Lebanon. 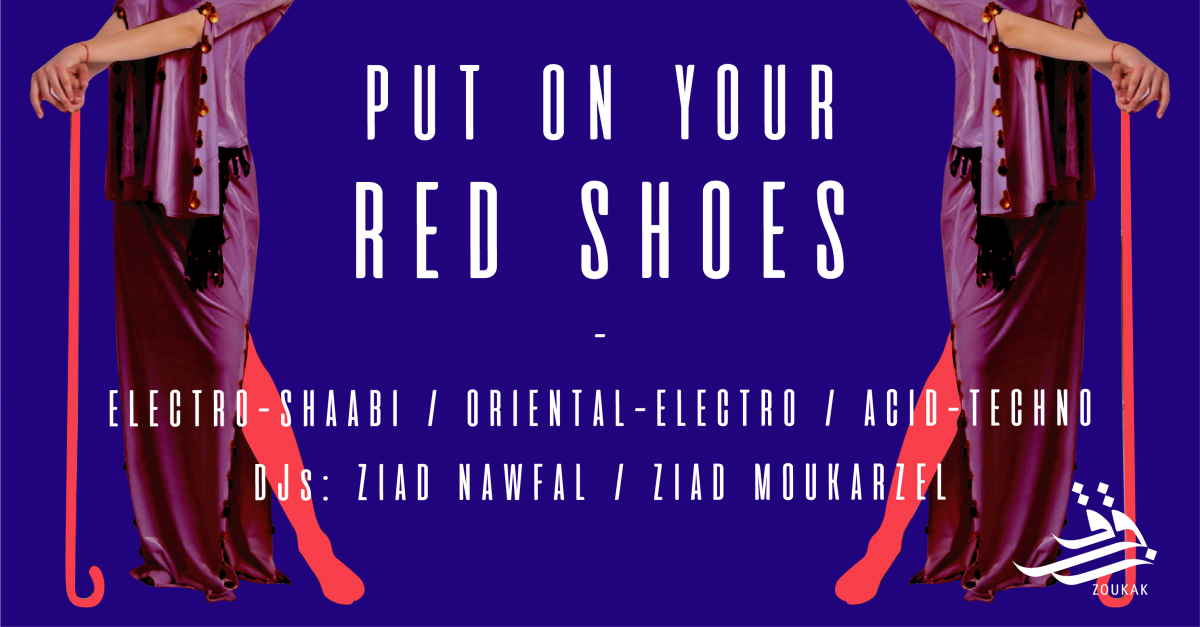