As a part of Focus Liban, artists residing in Lebanon are invited to present their projects to a public of local and international curators. Rawya El Chab & Antoine Bouguier will be speaking about their project : "Playground in Emergency"

Synopsis
Evicted from their home, an elderly couple gambles with their lives as they transgress social norms. Through a creative attempt to reshape time and space between the mind and the collective, this physical and audiovisual performance explores the state of emergency as a naturalized ubiquitous happening. We are privy to an inquiry into a society's acquiescence to constant conflict and instability; a phenomenon that has driven many to become selectively empathetic in the narrowest sense. Choosing between what to care for and what to act upon has become a daunting task. What will it take for us to blur the lines that separate global crises from those of the everyday variety?

Rawya El Chab is a performing arts and theater practitioner and cinema actress. Since 2001 she’s been exploring numerous fields and mediums in the performing arts aspiring to readdress their boundaries.

Antoine Bouguier is an actor, director and pedagogue based in Lebanon since 2014. He collaborated with many artists and companies in various artist fields. The exploration of the body and movement in extreme states is always at the heart of his work. 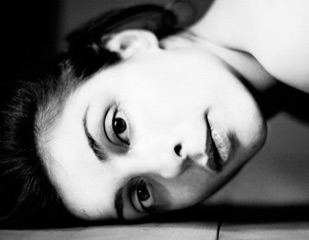