Performance of a work-in-progress: HamletMachine

Six months after the launch of Zoukak’s Theatre Mentorship Program and Production Support Grant, the two artists selected for the program, Line Itani and Lena Osseyran, are in the midst of developing their theatre productions with the guidance of Zoukak’s team of mentors. The two productions will be performed this month for the first time as works-in-progress. Work will then continue until November 2018, when the performances will be presented as completed works.

A kid with his toy remembers his dead father in a dark room. The scale is an illusion. Humans feel conflicts. Nothing is real. A dream of a destructive mother absorbs all humanity. There is no story in phantasmagorical places, where history meets myth. Heiner Müller’s text evokes drowned internal and social forms of the monstrosity of our contemporary history. 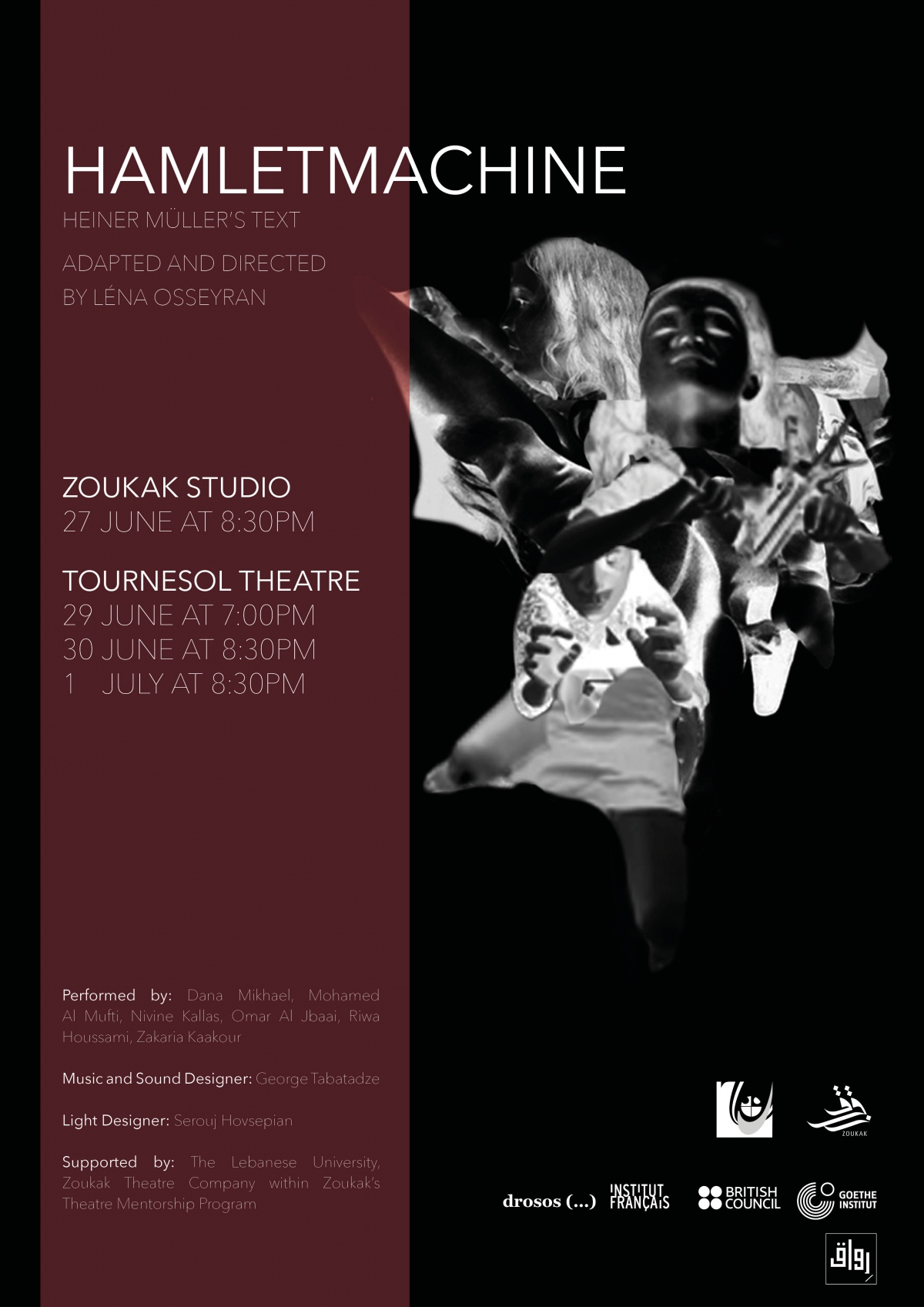