Performance: Two Heads and a Hand

After being performed in front of 500 high school and university students, and following 3 public performances in Zoukak Studio, Beirut, “Two Heads and a Hand” by Zoukak Theatre Company will be performed 10 times in different locations across Lebanon.
Stemming from the company’s strong belief in the necessity of decentralizing theatre and culture, and as an outreach to communities living outside of Beirut, Zoukak kicks off its tour in Halba on June 7th, and will cover various regions in Lebanon. The tour will go on until August 27, taking place in theatres, public libraries, municipalities and outdoor locations, and all performances will be free of charge and open to the public. 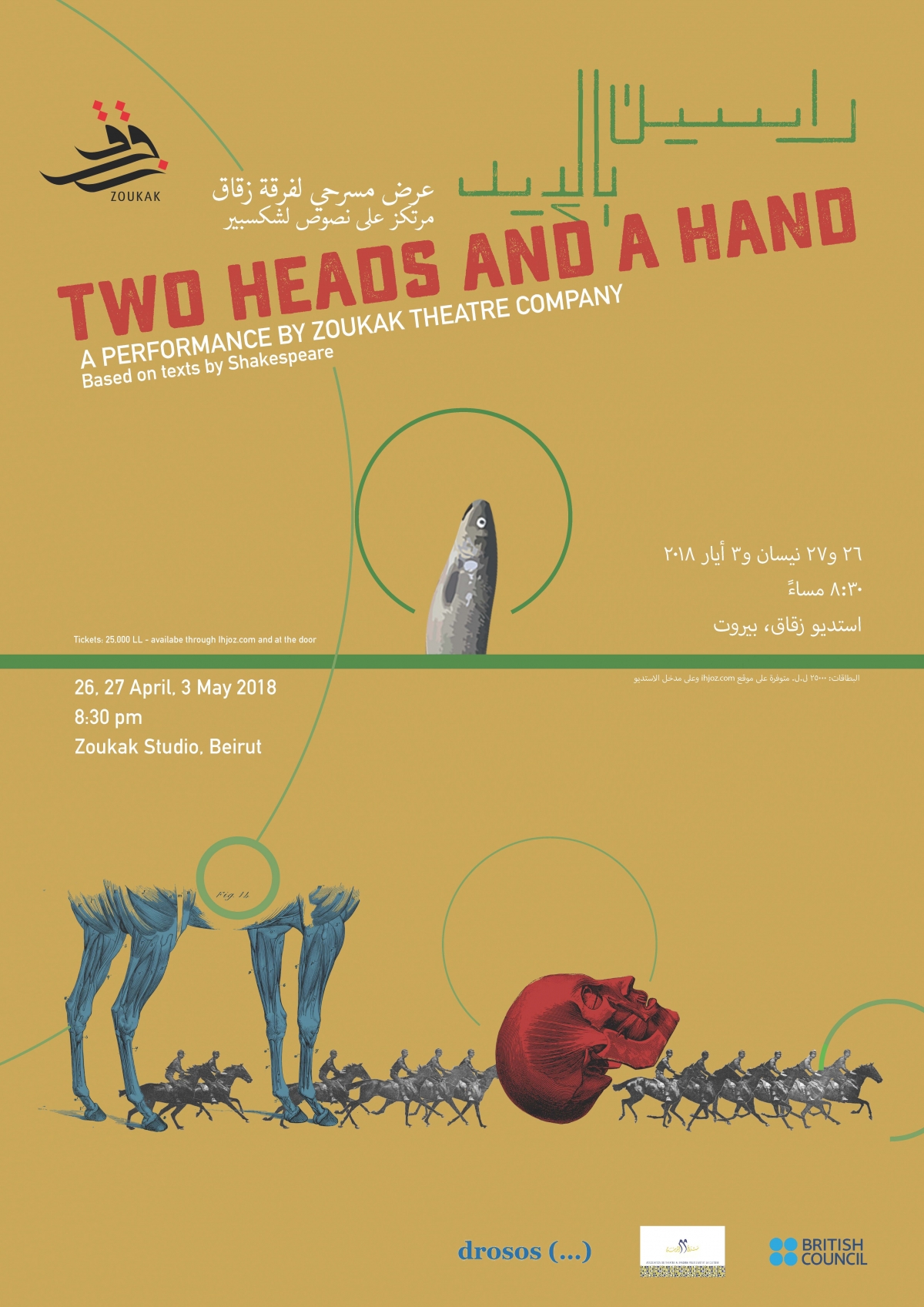