Performance: More Than an Artist by One Hand Puppet Theatre Company

One Hand Puppet Theatre Company, an experimental interactive puppet theatre formed of Syrian refugee children, will present their performance "More than an Artist" at Zoukak Studio on March 3, 2018 at 6:30pm.

The Performance includes a series of short plays produced by the group in 2017:
- More Than an Artist
- The Red Palm Tree
- The Genie Abou Steif
- Please Don't Sneeze
- Tough Men's place
- Improvisation Performance with Characters created and crafted by the children

About One Hand
In the beginning of January 2017 Najda Now International (NNI) in cooperation with Foundation De France (FDF) started the preparation of a puppet theater workshop, put the plan and work methodology, then launched a call for children who want to participate.
14 children aged between 8 and 14 were chosen to attend the workshop and be part of “One Hand” puppet theater group.

After the workshop, which was supervised by specialized trainers, the members of the group were able to perform directly to the public, and within this framework, they made a collection of puppets using simple materials such as socks and accessories that help to create the character, in addition to some large and more complicated puppet to use in the Direct performances.
Currently, the second stage of the project is being implemented, where the group visits camps, schools and cultural centers to teach children how to make puppets in a simple way, and to perform a number of shows that they have devised and rehearsed. 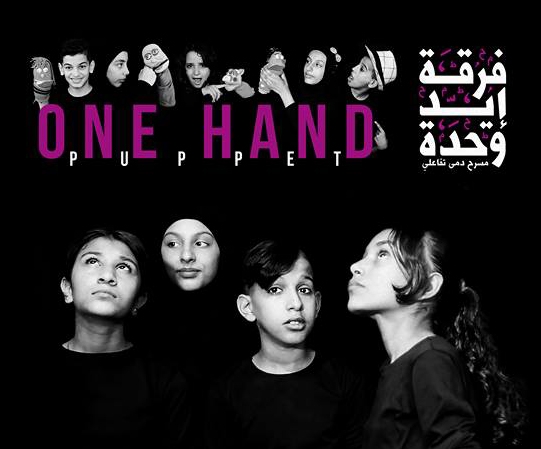