Dreaming Zenzile
Performance of a work in progress
By Somi
Monday 5 of November at 9:00 p.m. at Zoukak Studio, Beirut

Tickets: 25.000 L.L.
Tickets are available through ihjoz.com and at the door
Free Entry for students (upon presenting their Student ID), unemployed citizens, migrant domestic workers and people working in the artistic field (artists, technicians, administrators...). Those benefiting from the free entry are asked to show at the venue 30 minutes before the start of the event.

Supported by Sundance, a non profit organization that discovers and support independent theatre and film artists, and introduce audiences to their new work.

Synopsis
Dreaming Zenzile is a play with music based on the extraordinary life of late South African singer and political activist Miriam Makeba. Dreaming Zenzile is set in Castel Volturno, Italy on the night of Makeba's final performance. Framed as a meta-performance, Makeba moves between the memory and evocation of real and dreamed experiences about her life journey while weaving a musical landscape of modern jazz and South African musical traditions.
The development of Dreaming Zenzile has been made possible through the French American Jazz Exchange, a joint program of FACE Foundation and Mid Atlantic Arts Foundation with generous funding from Cultural Services of the French Embassy, Doris Duke Charitable Foundation, SACEM, Institut Français and the Ministere de la Culture et de la Communication. Dreaming Zenzile was developed in part during a residency at Baryshnikov Arts Center, The Apollo Theater, Robert Rauschenberg Foundation, The Public Theater's New York Voices commission, The Clarice Smith Center for Performing Arts at University of Maryland College Park, and The Kimmel Center in Philadelphia. Additionally, thanks to the Miriam Makeba Estate and Mama Africa Cultural & Social Trust for their support and permission to create this work.

Credits
Written and performed by Somi
With: Toru Dodo & Vuyo Sotashe
In English with Arabic Subtitles

Artists' Biography
Acclaimed vocalist and songwriter Somi was born in Illinois to immigrants from Uganda and Rwanda. She is known for her wide-ranging vocal technique, her original blend of modern jazz with African musics, and the innate poetry of her songwriting that often gives voice to issues of social justice, transnationalism, womanhood, and global constructions of Blackness. Her latest recording, Petite Afrique for Sony Music’s historic jazz imprint OKeh Records, marks her sixth release. Recently awarded a 2018 NAACP Image Award for Outstanding Jazz Album, it is a timely song cycle about the dignity of immigrants and the gentrification of Harlem’s vibrant West African quarter. Guest collaborators on her albums include Common, Angelique Kidjo, Aloe Blacc, and her long time mentor Hugh Masekela. Somi is a 2018 USA Doris Duke Fellow, a 2018 Soros Equality Fellow, a TED Senior Fellow, an inaugural Association of Performing Arts Presenters Fellow, and former Artist-in-Residence at Park Avenue Armory, Baryshnikov Arts Center, and UCLA's Center for the Art of Performance. Somi lives between New York City and Kigali, Rwanda. 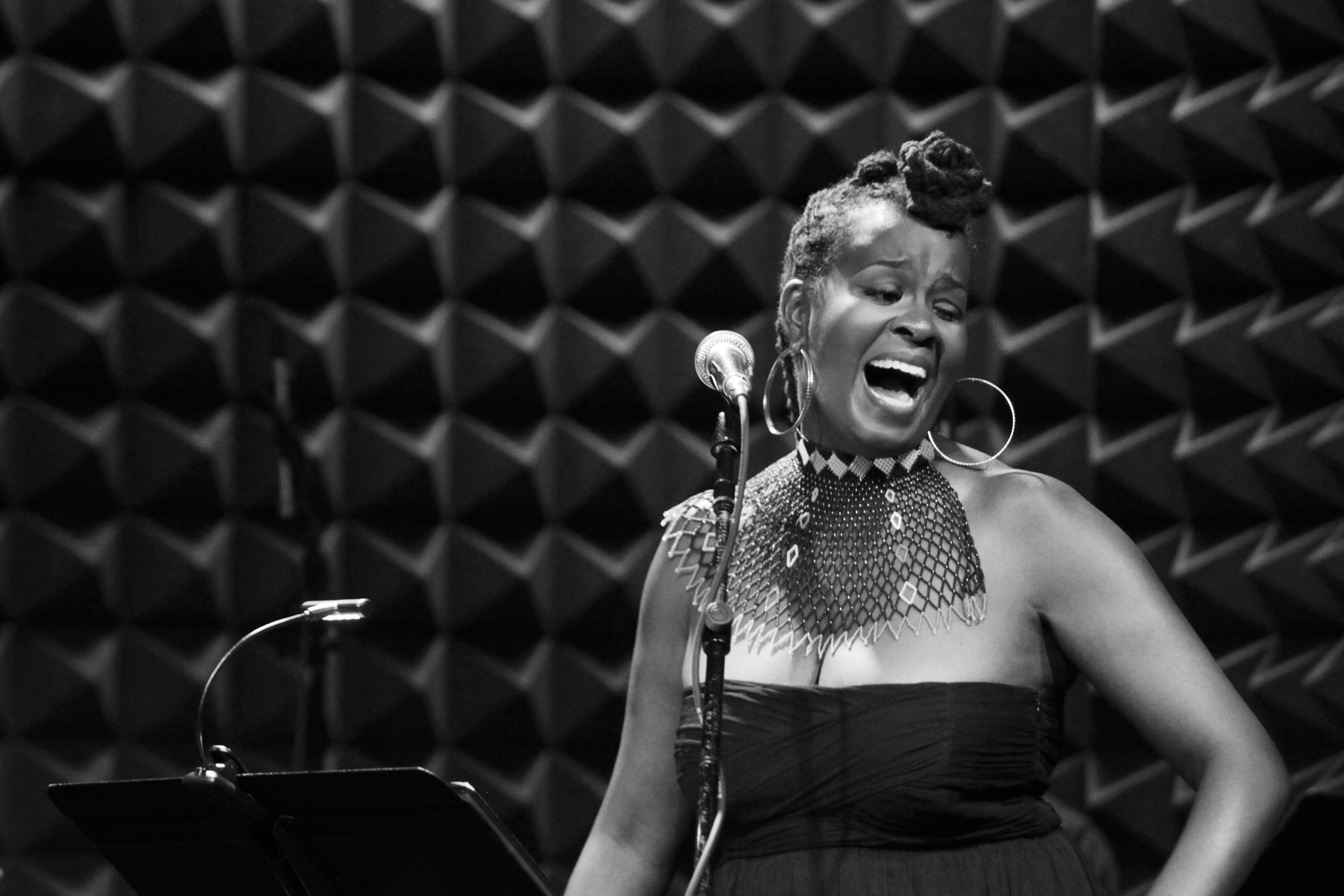 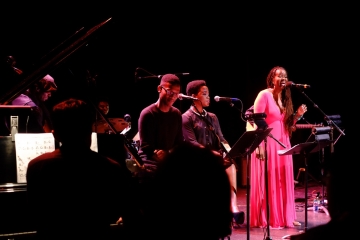 Put on your Red Shoes

This is not a memorized script, this is a well-rehearsed story

This is not a memorized script, this is a well-rehearsed story