Criminal Tribes Act
Performance
By Sankar Venkateswaran
Wednesday 7 of November 2018 at 6:00 p.m. and then at 9:00 p.m. at Studio Zoukak

Tickets: 25.000 L.L
Tickets are available through ihjoz.com and at the door
Free Entry for students (upon presenting their Student ID), unemployed citizens, migrant domestic workers and people working in the artistic field (artists, technicians, administrators...). Those benefiting from the free entry are asked to show at the venue 30 minutes before the start of the event.

Synopsis
"[There is] no need to hear your voice, when I can talk about you better than you can speak about yourself. No need to hear your voice. Only tell me about your pain. I want to know your story. And then I will tell it back to you in a new way. Tell it back to you in such a way that it has become mine, my own. Re-writing you, I write myself anew. I am still author, authority. I am still [the] colonizer, the speaking subject, and you are now at the center of my talk."

- Bell Hooks, Marginality as a Site of Resistance

Criminal Tribes Act is a theatre piece that examines the inherent conflicts between the speaker and his subject, the spoken and the unspoken, and the inescapability of the 'us', 'them' and 'the other' social order. The piece ‘investigates’ the ways in which India has inherited modes of social exclusion and how it was legitimized through the colonial history. Starting with the example of Criminal Tribes Act of 1871, a legislation brought during the British rule which ostracized and labelled millions in India as 'born criminals', who later ‘became’ habitual offenders and recently, ex-criminals and de-notified tribes, the performance explores the human consequence and conditions brought out by social exclusion. The hierarchical classification of people based on caste and status within the Indian social structure dictates that individuals belonging to certain castes be socially excluded and alienated. The colonial state transformed such pre-colonial prejudices of Indian society into a structured classification of people. And in the post imperial/post colonial now, these stigmas are continuously re-inscribed on the bodies of individuals resulting in a complex human condition – that of broken existence.

This performance is a discursive conversation between two actors, Chandru and Rudy. They talk to each other about their backgrounds, experiences, differences; they talk to us, the spectators, and as they do so, one emerges as the speaker and the other, the subject. Privilege and disentitlement are personified as the speaker and the subject. Between them arises the conflicts of the spoken, the unspoken, the visible and the invisible, through which we are able to see the violent social engineering project of 'unseeing’, and how the un representably real violence fuels the fear which maintains this social order.

Artist's Biography
Sankar Venkateswaran, born in 1979, is a theatre director from Kerala, India. He graduated from Calicut University School of Drama and Fine Arts, after which he completed Theatre Training and Research Programme, Singapore (presently Intercultural Theatre Institute). In 2007, he founded the theatre company Theatre Roots & Wings, and directed “Quick Death” (2007), “Sahyande Makan- The Elephant Project” (2008), “The Water Station” (2011), “When We Dead Awaken” (2012), “UDAL URAVU (Body/Source)” (2017), and “Criminal Tribes Act” (2017), among others.
He was the guest director at Munich Volkstheater, in the year 2016 and 2017, and directed “Tage der Dunkelheit (Days of Darkness)” and “INDIKA”. He has been a guest faculty at various institutions including Intercultural Theatre Institute, Singapore, National School of Drama, New Delhi, and NINASAM Theatre Institute, Heggodu.
He served as the artistic director for International Theatre Festival of Kerala in 2015 and 2016. He was the jury member for Zurich Theater Spektakel in 2016.
He is a recipient of International Ibsen Scholarship 2013 (Teater Ibsen, Norway), Ustad Bismillah Khan Yuva Puraskar Award 2011 (Government of India), Pro Helvetia Artist in Residence 2011 (Swiss Arts Council), and JENESYS Fellowship 2009 (The Japan Foundation/ Shinshu University).
He lives in Attappady, Kerala, where he has setup a space and works with the indigenous communities of the region. 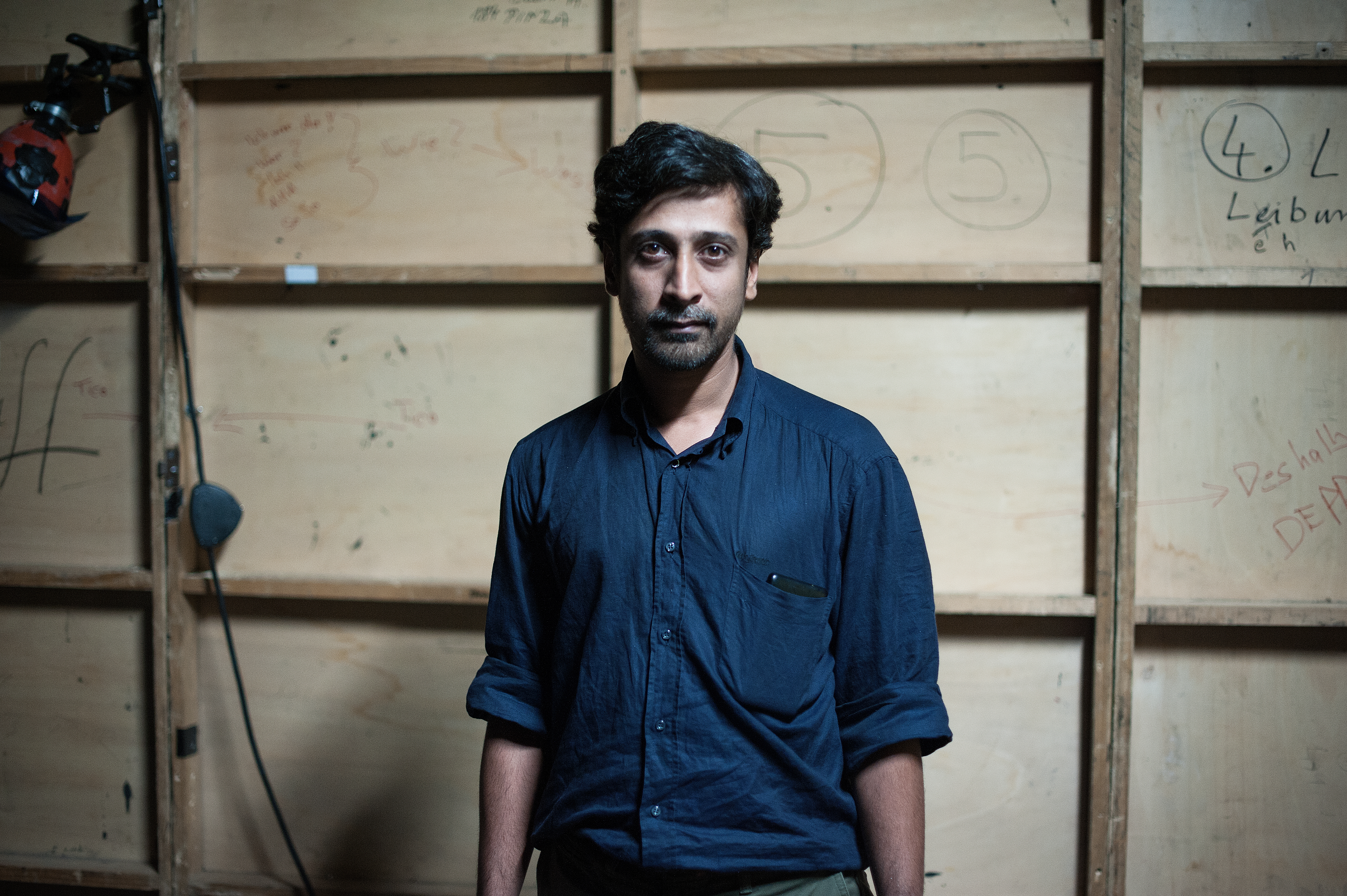