This time as an Audio Version on various radio stations and online platforms. The tour includes various talks and panel discussions with Zoukak Theatre Company and with activists and experts in the field of history, law and politics.

From 1975, the beginning of the civil war, and until today, many horrendous crimes were committed against the people living in this country. The implementation of the 1991 general amnesty law that forgave all the crimes committed during the war, installed a criminal regime of confessional leaders who have little interest in our safety and who deprived us the choice of justice and accountability.

Can we keep denying our history after what happened? Can we still argue over who is the martyr and who is the criminal? Can we still choose to forget what was done after seeing what we have lost?

"Perform-Autopsy" is a theater performance that puts history on the table of autopsy, questioning the individual and common responsibility towards past events that didn't pass unnoticed.

This performance gives the audience a chance to participate in a process of writing the unwritten history of Lebanon, relying on the popular memory of Lebanese people through the details, a memory which might be the only narrator of history.

“Perform-Autopsy” was produced by Zoukak in 2012 after a long cycle of research around Lebanese history, and specifically the unwritten and long argued-over history of the civil war.

About the Audio Version
The Audio version was recorded in July 2020 at studio One Hertz, Beirut.
Sound Engineer: Jawad Chaaban.
Performers: Lamia Abi Azar, Omar Abi Azar and Junaid Sarieddeen, with the participation of Maya Zbib and Hashem Adnan 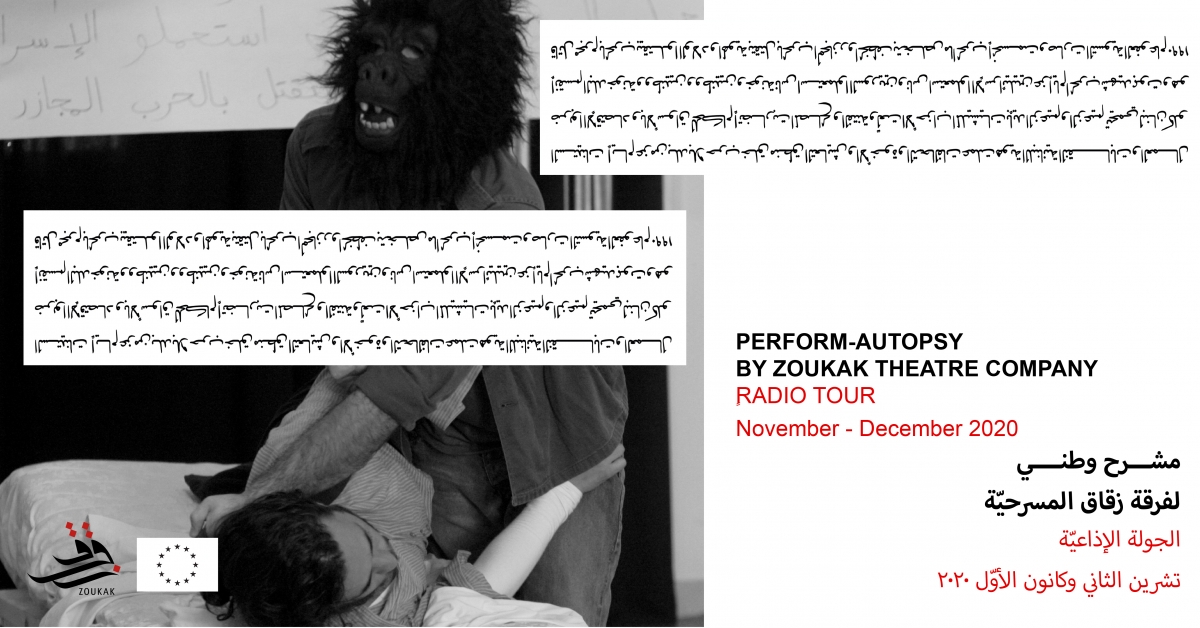