Compelled to postpone its dates by the unprecedented events rocking Lebanon, Beirut & Beyond International Music Festival is back for what will be an exceptional edition!
This year, music will resonate across the city on February 28 & 29 with more than 25 artists present in 12 hotspots around Beirut.
We are proudly presenting a homegrown edition supporting the local independent scene with all energy.

Bachar Mar-Khalifé is a free man. It's not a state of mind, it's a way of being. In a period of identity claims, when civil states are worthy of service, he keeps shaking registers to waltz labels. Between traditional and classical percussions, piano, conducting, he feels pushed to wide decisions.
But the various projects he carries on do not leave him enough time. Fortunately, he digests all these facets to become the only common denominator. On stage, he approaches them all with a similar tenderness and energy.
Much awaited since December, he’s finally performing in Beirut, crowning the opening night of the #BBIMF_HomegrownEdition with his soulful music.
Alongside his long-time tour companions Dogan Poyraz on drums and Aleksander Angelov on Bass, he will be premiering songs from his last residency in Lebanon in 2019, in addition to previous work.

Up and coming artist Toni Geitani is a music producer, singer, songwriter, filmmaker, and sound designer.
After receiving The Best International Short or medium-length film award in RIDM 21st edition, he delved deeper into the art of sound and proceeded to work on several projects as a sound designer and music composer. Exploring the experimental scene, he got interested in electronic music, analogue, and digital sounds present in our environments nowadays. In 2018, Toni released his debut music album titled "Al Roujoou Ilal Qamar” that consists of experimental electronic music with Arabic vocals initiated by improvising with synthesizers, drum machines, vocals, and lyrics.

Premiering during this homegrown edition of BBIMF, Liliane Chlela and Tarek Yamani meet at the junction between their respective musical backgrounds, as their sounds collide in an improvised electronic and jazz live set.

Tarek Yamani
Born and raised in Beirut, Tarek is an Lebanese-American, New York-based pianist who taught himself jazz at the age of 19. He has been dedicated to exploring relationships between African-American Jazz and classical Arabic music which are most evident in his second album "Lisan Al Tarab: Jazz Conceptions in Classical Arabic", and in his newly released “Peninsular” which fuses jazz with quarter-tones and the rhythms of the Arabian Peninsula.
A recipient of many prestigious awards such as the Thelonious Monk Jazz Composers Competition, the Baryshnikov Artist-in-Residence, the Huygens Scholarship, the Prins Bernhard Culture fund and the Abu Dhabi Festival Commission, Tarek has been part of two editions of the official International Jazz Day and performed in venues such as the Smithsonian Museum (DC), National Sawdust (NYC), Atrium at Lincoln Center (NYC), Boulez Saal (Berlin), MuCEM museum (Marseille), the United Nations Assembly Hall (NYC), and Gran Teatro de la Habana (Cuba).
Tarek is also an educator, author of two self-published music books on rhythm and a film score composer of films screened in 70+ festivals around the world and broadcasted on AMC network, BBC and Sundance TV.

Liliane Chlela
With her distinct sound treatment and signature improvised performances, Liliane Chlela has been pushing forward the boundaries of ‘Experimental and Electronic Music' in Lebanon and the Middle East for over a decade both as a solo artist and via her various local and international collective projects.
She constructs a characteristic sound both as a composer/producer and as a live musician. She further explores the connections between improvisation and sound treatment by approaching numerous musical genres with her signature techniques.
Liliane has also further developed her knowhow by working with moving image, film, interactive
installations, performance art, contemporary dance, fashion shows and film.
Resulting in that is a wide sound palette, making Chlela one of the most versatile female producers/musicians in the Middle East.

12:00pm
DJ Ziad Nawfal
Ziad Michel Nawfal is a Beirut-based DJ, radio host, music promoter and producer, and the co-founder of ground-breaking independent label Ruptured with Lebanese studio owner and engineer Fadi Tabbal. Nawfal has spent the better part of the last 20 years exposing Lebanon and the world to the special local and regional independent music talent, on his long-running radio shows ‘Ruptures’ and ‘Decalages’ on Radio-Lebanon 96.2FM. Since 2010, he is also the managing director of Irtijal, the first and foremost festival for experimental music in Lebanon. 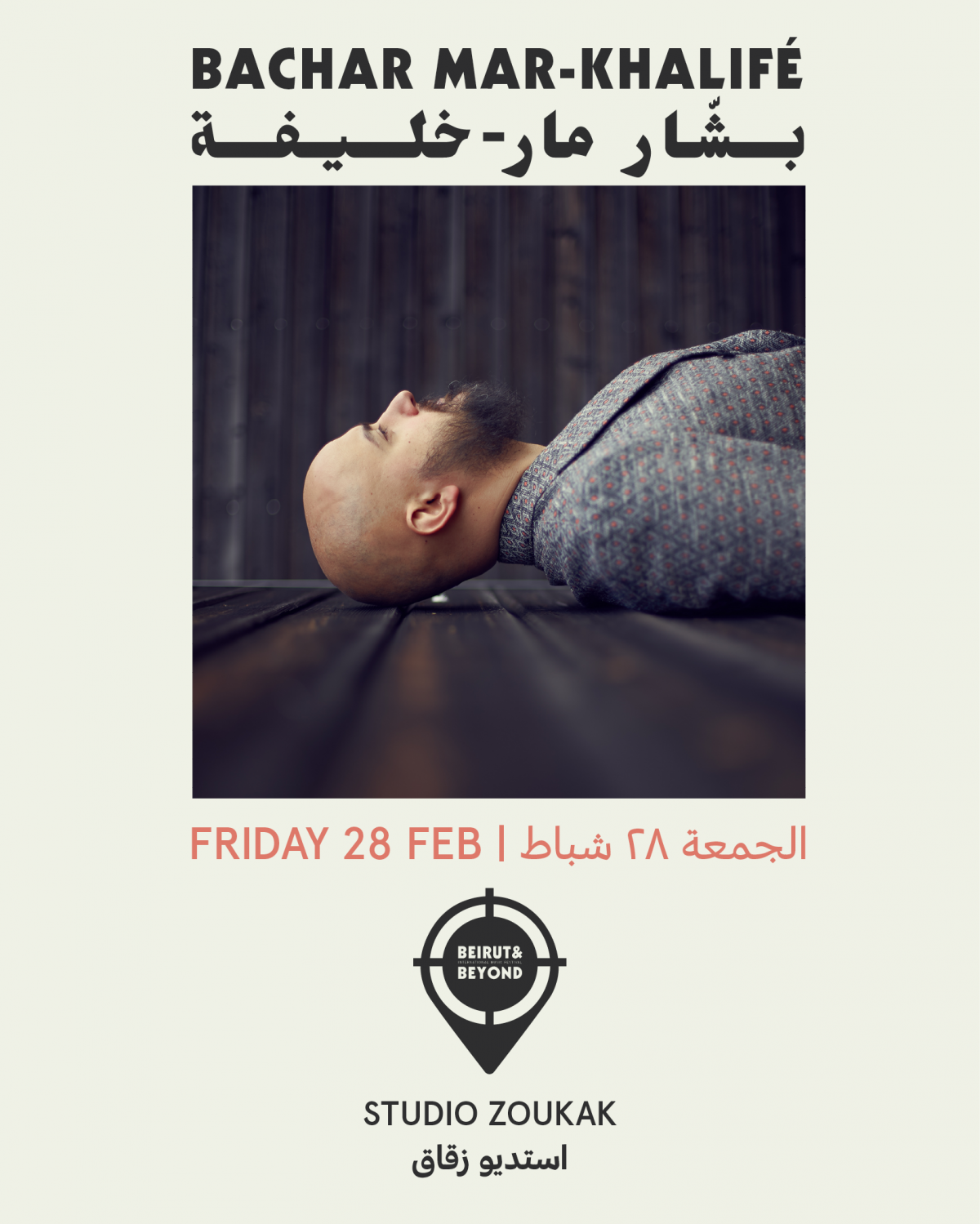