Audio version of "Heavens" on Soundcloud

Audio version of "Heavens" on Soundcloud

After it was broadcasted on Sawt el Chaab radio station, on the 13th of April, the day that marks the beginning of the Lebanese civil war, "Heavens" is now up on  Soundcloud and will be available until the 25th of April!

Heavens closes the chapter of historical research we started in 2012 with Perform-Autopsy. Through this research, we gained insight into the private-public relationship with history. It revealed our incomplete historical empire: the curse of repetition and echoes, our fragile reality and selves, the breath-constricting anxiety when we attempt to bury the rubble of the past in denial and reconstruction, the fear, hatred and self-loathing at the thought of our murderers and reality silencers - and our victims, anxiousness over our struggles, actions and betrayals, nostalgia that sinks us in past events somehow linked to us.

In this work, we come to a self realization as individuals. We have become what we lost and we have lost what we have become. Our history has reduced us to numbers that fuel a destructive controversy. We challenge that which paralyses us and denies us a future. Between the here and the there, the now and the then, recollecting our memories and our losses. On stage, we stand up so we can see, we speak out so that we may hear, we tell our stories so we can realize ourselves.

"Heavens" was performed for the first time in 2014 at Zoukak Studio. It was later performed more than 20 times in Lebanon and in 2016 in India.
Directed by Junaid Sariedden and Omar Abi Azar, performed by Lamia Abi Azar, Danya Hammoud and Maya Zbib, devised and written collectively with the participation of Hashem Adnan.
This audio version of "Heavens" was recorded by Jawad Chaaban a One Hertz Studio, with the same performers. 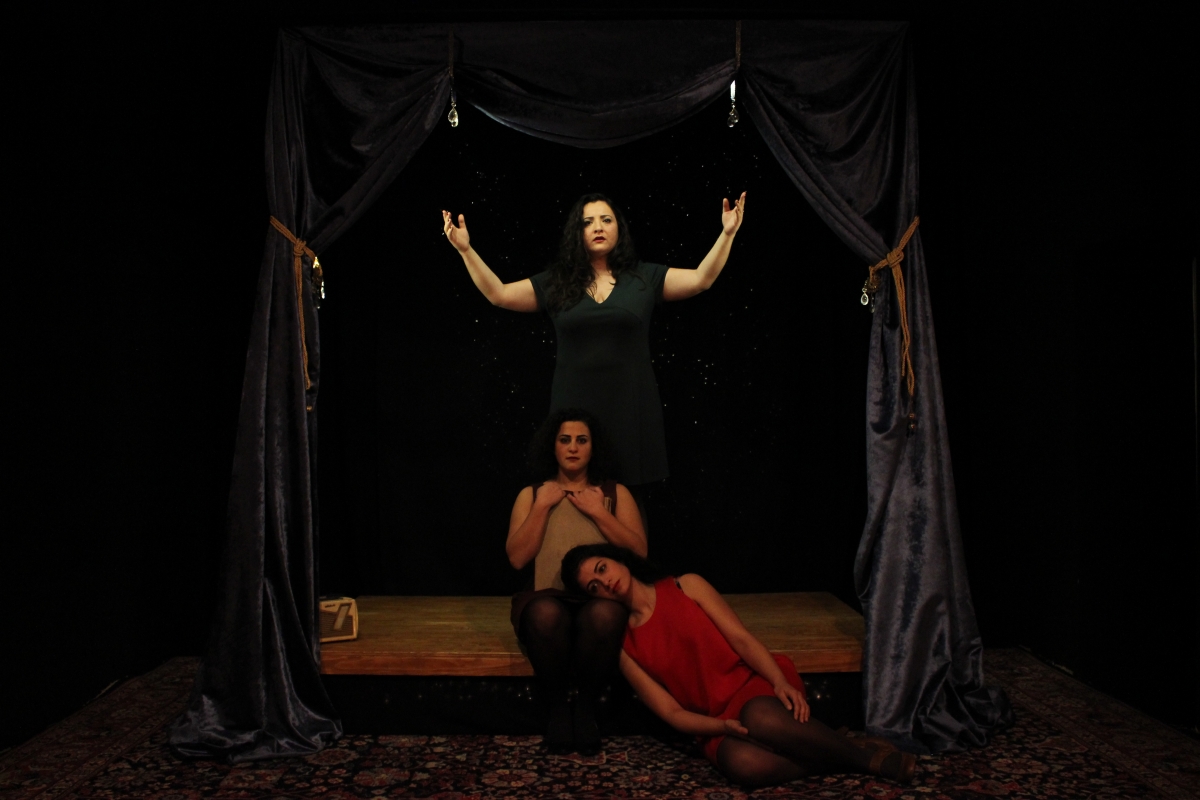