The Assembly: From Story to Focus, an attempt.

The Assembly: From Story to Focus, an attempt.
Two Online Panels

Tuesday 15 December at 6pm and at 8pm through Zoom: https://zoom.us/j/98301407543
Register by sending an email to coordination@zoukak.org

Language: Arabic
Duration: each round table will last for one hour and a half

“I abandon myself to the fever of dreams, in search for new laws.” Antonin Artaud

We are undeniably living through trying times of crisis, both locally and globally. The least that can be said is that this situation reflects the collapse of various structures. Lebanon might have well reached the ill - fated stage of its free fall. We feel broken, or rather smashed. Or our limbs have been blown apart and scattered by the hell of successive explosions we have endured, whether moral, economic or political.

We’ve been defeated. Yes, defeated because we have lost the battles we have waged against all failures, failures culminating in and crowned by this explosion, that topped and crystallized all failures. The next day, we woke up to news of peace agreements redrawing the region’s economic and cultural borders, leaving what little scraps remained of the State that housed us in utter bankruptcy.

The tale is a narrative that establishes our rapport with our different worlds and governs their paths. It is thus in turn the underlying force through which our deeds emerge into being. It is the Force that determines the vision, goals, values and means through which we communicate with this world within different contexts. Possibility lays the foundation of the first tale.

In this Assembly we gather as individuals focused on their practice(s), in an attempt to create a space of focussed reflection. In the first gathering we will host four guests who will re-think together one of the founding myths of our societies: “the survival of the fittest”.

In the second gathering we will host guests who turned their stories into acts by inhabiting the moment and creating power from energy.

Panel 1: The Myth of Survival of the Fittest
Tuesday 15 December at 6:00pm through Zoom

The concept of survival has often been interpreted through the lens of the law of the jungle: power belongs to the most violent and aggressive. Darwin’s words, “survival is for the fittest” have long been associated with strength; this is due to our shallow understanding, as humans, of the power dynamic in the animal realm. What Darwin meant is that survival belongs to the creatures that know how to adapt. As such, History bears witness to the survival of creatures that have shown qualities of adaptation and been able to adapt to different circumstances. Strength in nature is the ability to cooperate and find harmony in order to survive.

We drew paths to better our understanding of the past: Our understanding of our rapports and of how we shape values. We have envisioned ways of transmitting values across generations. All of these paths were based on and shaped by this one prevailing story of survival of the fittest. Usually the strongest owner of a massive unmoving body! It is one of the primary narratives that stands behind our understanding and practice of the meaning of power in its different areas and the connection linking power to strength and strength to violence. It thus links power to an act of subjugation and oppression on the one hand, and to the act of hanging on to authority, ability and wealth on the other hand.

In this session, we welcome the lawyer Dr. Myriam Mhanna, the  sociologist and author Dr. Ogarit Younan, the Architect Hicham Bou Akl, and the  economist Mohamad Zbeeb, to reflect on the law of the jungle and the myth of survival through its manifestations on different levels:

Panel 2: In Focus
Tuesday 15 December at 8pm through Zoom

The system in which we live works on depleting our strengths and our ability to carry out focused thought and action.

When I do what I love and love what I do, I am truly present in the context in which I live. I reside then in the moment, in terms of space and time. It’s a relationship with time, and time is our most valuable asset. When we love someone, we give them our time; our present time.

We inhabit the moment in companionship with time, with the pleasure conveyed by the feeling of rest/comfort and the anxiety of advancing into the unknown. There lies the value of action and creation. There we can give value to precision as we give the value back to time, value to each minute and value to each second. This is a revolution for time. A revolution for “Focus”.

During this attempt, we will address “Focus” as a topic by shedding light on people who demonstrate a kind of focus that allows them to excel in what they do. They invest their time with care, love and passion, creating courses of action that are fueled by precision, perseverance, innovation and critical thinking.

Each participant will present their area of focus, answering a set of questions. Afterwards, everyone will be divided into small groups in order to discuss specific topics.

This event is part of Hawader, an initiative joining artistic organizations in Lebanon, creating a space and time, here and now, for collaboration, collective curation, dialogue and mutual support. 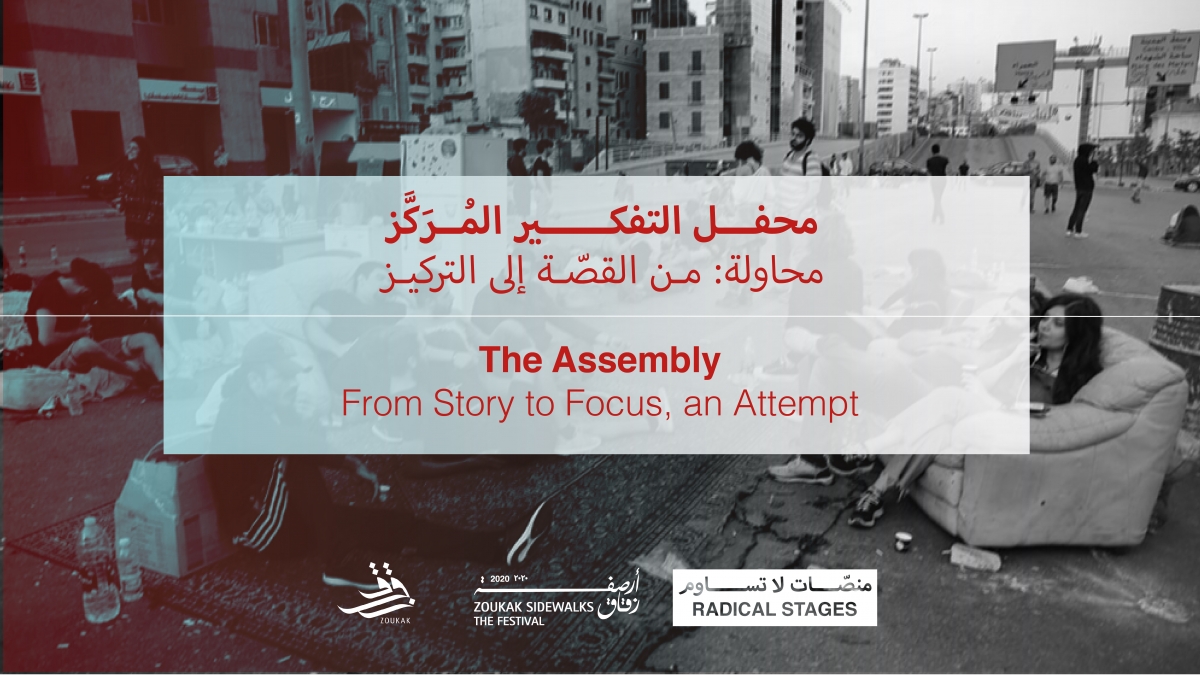